Buy a used or certified car in Minnesota from Lupient Kia car dealer.

Jim Lupient, president of Lupient Automotive Group, has a long history in the car business. He joined his father's company at the age of 15, doing odd jobs at various dealerships. Later, he built up an empire, opening 35 franchises in different locations, including Lupient Kia in Minneapolis. In 1986, he founded his own company and brought his vision to life with the Lupient Automotive Group. He has been a part of the car business for over 30 years.

Jim Lupient's philosophy of exceptional customer service and community involvement earned him numerous awards. In 1990, he received the TIME magazine's Quality Dealer of the Year award, the first such award in Minnesota's 20-year history. In 1992, he won the Sports Illustrated American Dealer of the Year award, which he has retained as the only dealership to win both awards in the same year. These accolades prove that he is the man behind the success of Lupient Automotive Group. 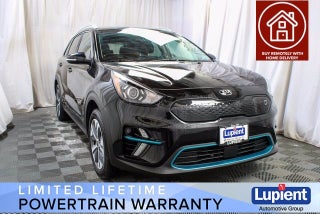 Do you want to buy a used vehicle in good condition or sell your vehicle at the best price in exchange across Minnesota, Lupient Kia is the right place located at 7911 Lakeland Avenue N, Brooklyn Park, MN 55445.

Now you don't have to rush to banks for car financing at the best rates. Lupient Kia provides leasing and financing offers at the best prices, with low APR, and with no hidden charges. Get pre-approved for your dream car with us.

What is the average price for used cars at Lupient Kia and how many are for sale?